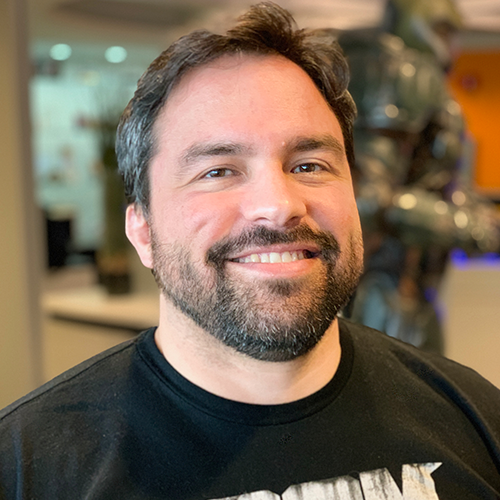 Hugo Martin has been Creative Director at id Software since 2013, working on both the 2016 DOOM franchise reboot and its sequel, DOOM Eternal. An industry veteran of 15 years, Martin has experience in the fields of games, commercials, and films, having worked for companies such as Naughty Dog, Blur Studio, Mirada and Spark Unlimited, as well as being credited as a conceptual artist on the 2013 film, Pacific Rim.