Home>news >Meet the pioneers of the indie game movement 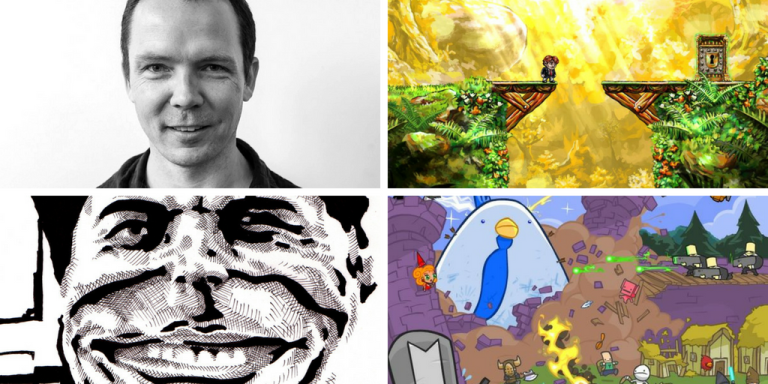 Meet the pioneers of the indie game movement

The creator of critical acclaimed games Braid and The Witness, Jon Blow, and the founder of the legendary indie development studio The Behemoth, John Baez, will participate in the 14th edition of Gamelab Barcelona.

Jonathan Blow (born 1971) is an American video game designer and programmer, who is best known as the creator of the independent videogames Braid (2008) and The Witness (2016).

From 2001 to 2004, Blow wrote the Inner Product column for Game Developer Magazine. He was the primary host of the Experimental Gameplay Workshop each March at the Game Developers Conference, which has become a premier showcase for new ideas in video games. In addition, Blow was a regular participant in the Indie Game Jam. Blow is also a founding partner of the Indie Fund, an angel investor fund for independent game projects.

Blow’s next project, tentatively titled Game 3, is scheduled to be a twenty-year development period, broken into episodic, individual playable games, each related thematically and deepening in investigation of subject matter for each chapter. For this game Blow began work on a new programming language called “JAI” based on ideas he had previously expressed about video game development.[17][18] It is aimed at “low-friction” and fluid development, whilst directly supporting data-oriented design for high performance. The language is currently active, but is a work-in-progress, as no JAI compiler has been publicly released yet. Blow also uses Twitch to regularly stream demonstrations of new language features as well as improvements to the game engine that will be bundled with the language. Blow will get into the design details of this language in his talk at #Gamelab2018.

Along with Blow, the other indie legend that will visit the Barcelona conference is John Baez. John co-founded the Behemoth with Tom Fulp and Dan Paladin in 2003. Since then he has been getting his hands dirty in the day to day operations of the company and in the Behemoth woodshop making cool arcade machines for their convention booths. The Behemoth self publishes all of their games and is currently working on Game Five after shipping their critically acclaimed titles Alien Hominid, Castle Crashers, BattleBlock Theater and Pit People. Baez will present his ideas about the business of games for indie developers at #Gamelab2018, and will answer the questions developers would like to ask him in an exciting Q&A session.

Whether you are an indie developer or not, these are both sessions you shouldn’t miss. If you don’t have a pass for #Gamelab2018 yet, you can get advantage of early bird prices until May 31st, 2018.

Press
Meet the pioneers of the Indie Game movement